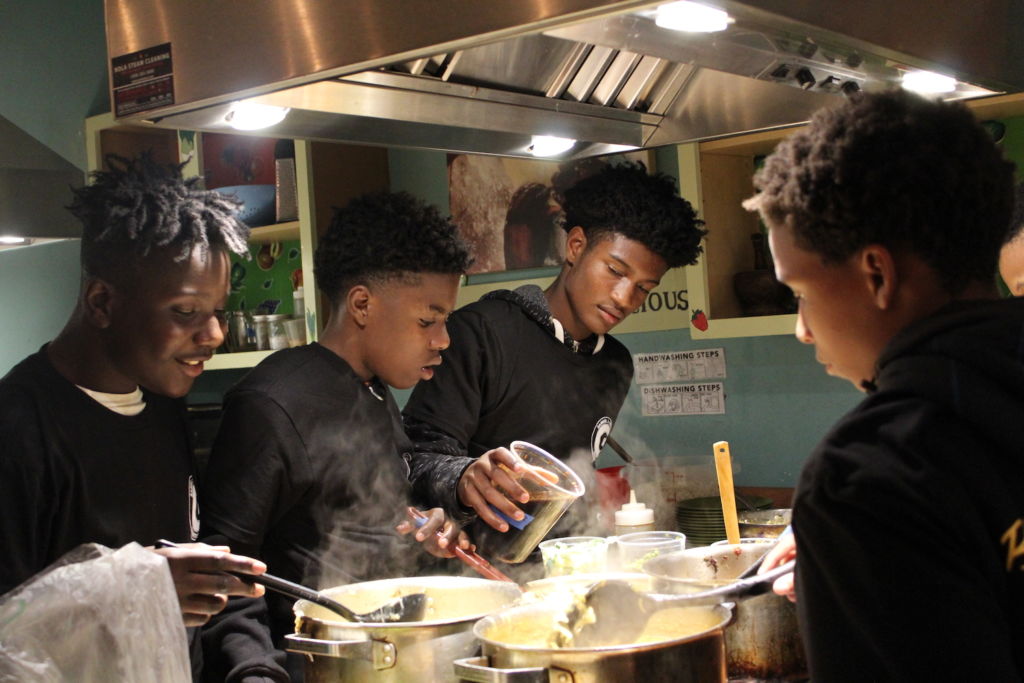 At first, 8th grader Malcolm wasn’t sold on the idea of Bistro Green. He was reluctant to sign up, but eventually did. After a few weeks of training, opening night arrived. Malcolm put on his Bistro Green t-shirt. The fluorescent lights of the kitchen classroom went out, the bistro lights came on, guests who’d reserved tables arrived, and everything changed. Malcolm got serious. He moved with purpose, and began to swell with pride. He started smiling, glowing even. He said of his job as a busser, “I could do this all night.” 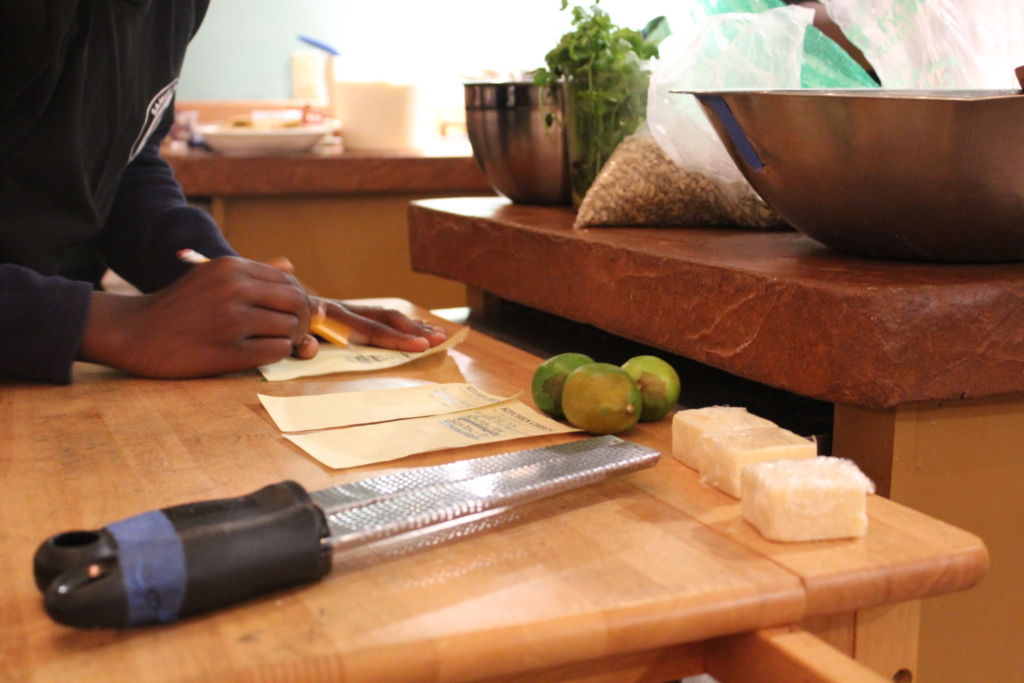 Bistro Green is a student-powered restaurant that is open to the public just a few days each year. Students design the menu, prepare all of the food, and work front and back of house at the restaurant, which operates out of the teaching kitchen at Samuel J. Green Charter School. This year, twenty 8th graders participated over two evenings in December, cooking for and serving over 100 customers, and grossing close to $3,000 to fund a class trip to a camp in Baton Rouge.

The Bistro Green Menu was a “culinary tour of kitchen classes” throughout students’ time at Green. To create the menu, chef educators presented students with potential recipes from their years of kitchen class curriculum. Students tested recipes and chose their favorites. The result: from alphabet soup to Haitian pickles and pork, and butternut squash mac & cheese to tarragon ice cream, the menu was an explosion of flavor, variety, and seasonal garden ingredients. Restaurant guests recorded their reactions to the food with descriptive words that the students collected and displayed. 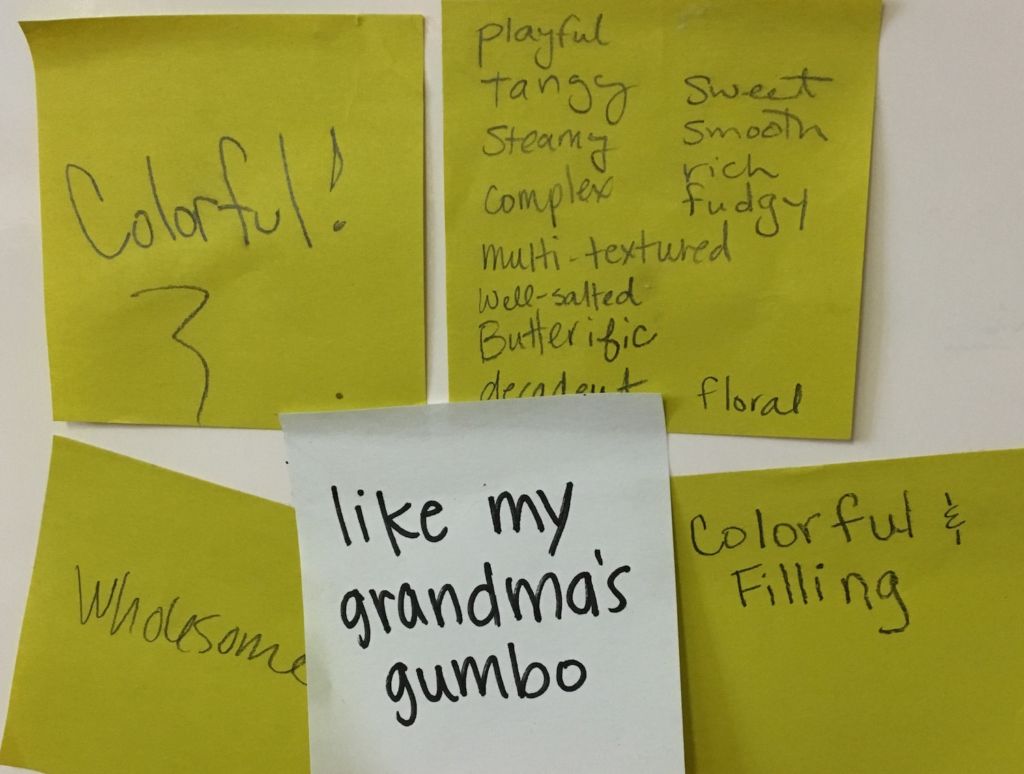 Chef Alana, says of the process: “I tell students to be themselves, and to make people feel welcome. They do such a good job because of who they are. They choose their jobs; they know what the jobs entail, and are drawn to what they’re good at.”

“They do really well with having one job that they’re in charge of. The busier it is, the better,” said Chef Megan.

Another favorite element this year was Bistro Green Family Food Night, when students got to serve their families. It was a joyful evening, with students carrying around baby siblings, and a lot of laughter. After taking their orders and cooking the dishes, students also got to sit down and share in the meal.

“Who kids are in the academic classroom or on the playing field… it doesn’t matter here. It doesn’t matter when you’re serving your family. It’s a different skill and all positive,” said Chef Megan. “Students are genuinely proud to show off what’s theirs and what they’ve done. They’re really awesome. Kids are awesome.”

Chef educators envisioned Bistro Green as a way for students to have ownership over what they’ve worked on throughout their time in kitchen classes over the last nine years. It allows students to show off their skills, and it brings them together to work towards a common goal, which builds social skills and a sense of belonging. Chef teachers knew their vision had been achieved when, at the end of the first night of Bistro Green, they overheard Malcolm reflect to another student, “You know, I think we did a really good job.”

We are excited to announce that Edible Evening is returning this spring!

Get your tickets now!